2,619
companies
7,052
Jobs
Leverage our network to build your career.
Get Discovered
If you are a Techstars portfolio company, claim your profile.
Search
jobs
Explore
companiesTalent
network
Log in
Hackajob
Hackajob is an online marketplace that matches technical candidates with direct employers and then users apply by completing job-specific challenges. The process is both fun and engaging for users, whilst allowing companies to interact with techies in their element. Founded in November 2014 by university friends Razvan Creanga and Mark Chaffey, hackajob was born out of their frustration with the traditional recruitment agency approach and the difficulty to hire top developers. Now a team of six, featuring two more uni buddies and two developers hired through their platform, hackajob is on a mission to connect the best technical talent with the most exciting companies, globally. The first line of code was written in November, an MVP was released in mid December (it looked ugly mind and, note to self, Christmas is not a good time to release a MVP) and 7 months later they can claim clients as big as the BBC and Argos, as well as a European unicorn in Transferwise. Their community has grown to over 10,000 techies, featuring developers, data scientists, testers and more, based within the UK and EU. They have exciting plans to take hackajob global, allowing more direct employers to engage with top tech talent that their businesses require to drive growth.
London, UK, London, ON, Canada, United Kingdom, London, UK
Founded in 2014
hackajob.co

If you're responsible for hiring at this company, make sure your company and job information are always up to date to attract top talent from the Techstars network.
Claim your profile now
Inaccurate data? Flag it here.
Open jobs at Hackajob
Privacy policyCookie policy
startups 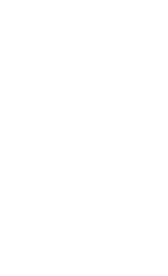